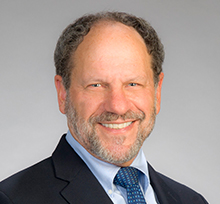 Center for the Public Interest


Al Wallis joined Brown Rudnick in May, 2001, as the Executive Director of the Brown Rudnick Center for the Public Interest. Al has substantial legal experience in both the public and private sectors focusing extensively on public service work. He served as Boston’s Corporation Counsel under both Mayor Flynn and Mayor Menino. He has worked for the Greater Boston Legal Services, Shaevel & Krems, the City of Boston, Massachusetts and as General Counsel for the Massachusetts Health & Educational Facilities Authority. He also has served as Legal Counsel for The Boston Private Industry Council, Inc. for more than a decade.

Al graduated from Boston University School of Law and received his B.A. in Political Science from Hofstra University.

The Brown Rudnick Center for the Public Interest, created in 2001, is the umbrella entity that champions, coordinates and celebrates all pro bono, charitable, community and public interest activities at the Firm. The Center strives to maximize the Firm’s philanthropic efforts through our people and resources to make a difference in the communities we serve.

Center for the Public Interest